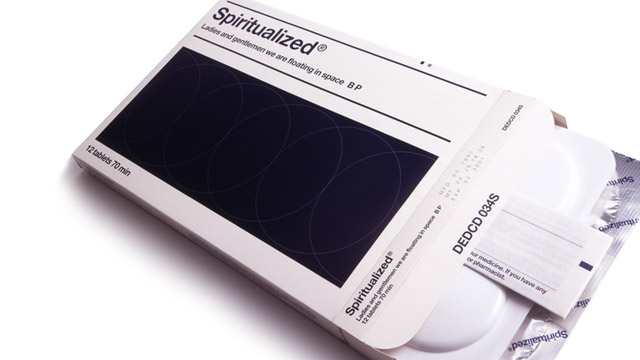 An exhibition looking at how different materials have been used in art, craft and design over the centuries and across cultures. Curated by Stephanie Boydell head of Special Collections at the MMU Library.

Tim Milne, founder of ARTOMATIC the innovative materials library, will talk about the use of materials and explore the connections between intuition, communication and the physicality of objects on Wednesday 29 October.

Read ‘PHYSICALITY is a language’.
www.specialcollections.mmu.ac.uk 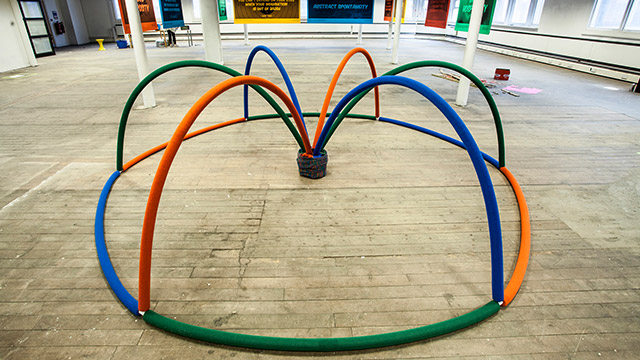 The Science of Play

An evening of talks on Wednesday 22 October 6 – 8pm 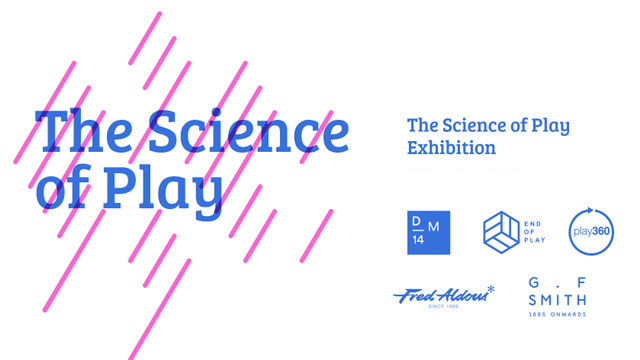 There is an inherent connection between creativity and play. Both allow us to get lost in a world, explore, problem solve and unleash the imagination.

This exhibition brings together some of the best creative talent in Manchester to explore the meaning and importance of play.

The Science of Play is in aid of charity Play360, who design and build playgrounds for communities throughout the developing world.

Speakers at the launch event include Matthew Kenyon and Mick Timpson.

Please note: Due to unforeseen circumstances the venue of The Science of Play exhibition has been moved from Twenty Twenty Two to Federation House. All other plans remain unchanged. 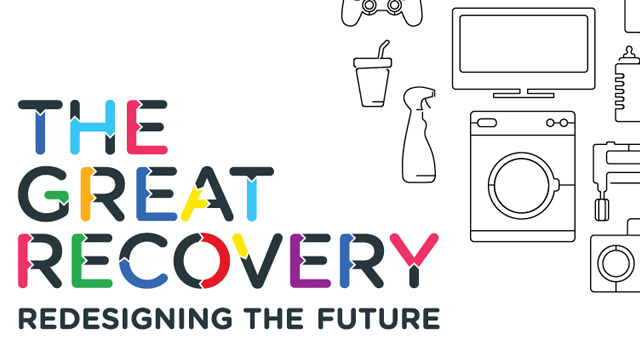 What's in your mobile phone?

Combining design with science, this hands-on workshop will introduce participants to the concept of designing for a Circular Economy, all through the medium of the humble mobile phone!

This workshop is suitable for all - students, professionals, designers, scientists, makers, tinkerers. It is free but spaces are limited so please register in advance.

The workshop is hosted by Nat Hunter and Hilary Chittenden of the RSA. 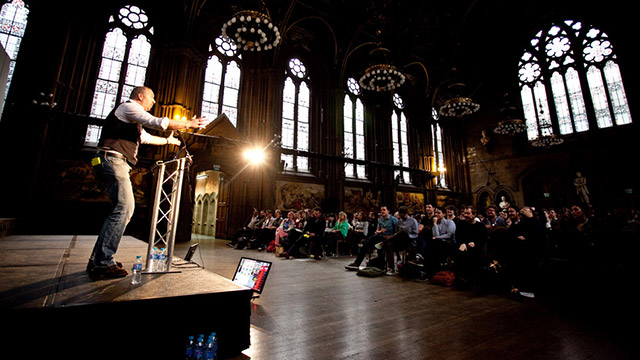 The Science of Imagination

Now in its second year, this day long conference features internationally celebrated and influential speakers discussing ‘The Science of Imagination’ and showing an insight into their creative work.

G.F.Smith Papers will host the grand bees area with samples and giveaways. This year we have structured the day to be split into two with more breaks and dinner hour giving you the opportunity to socialise. We have an afterparty planned for TwentyTwentyTwo, details for this will be revealed later. 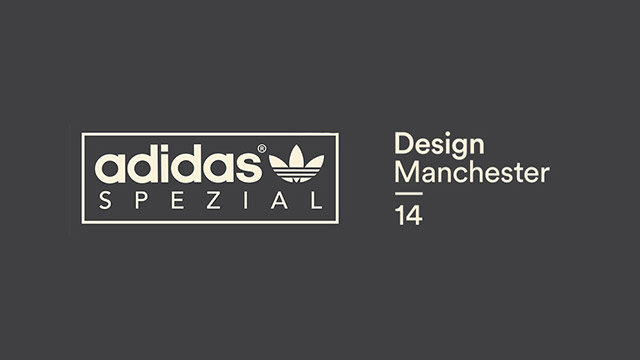 Housing 650 pairs of rare, vintage, deadstock, re-issues and collaboration styles from the personal collections of numerous adidas collectors, the Spezial exhibition is a chance to literally walk through the adidas archives and experience adi history first-hand. Alongside the collection a very special one-off Spezial will be unveiled.

Exhibition curator Gary Aspden will give a personal tour of the collection on Tuesday 28 October. 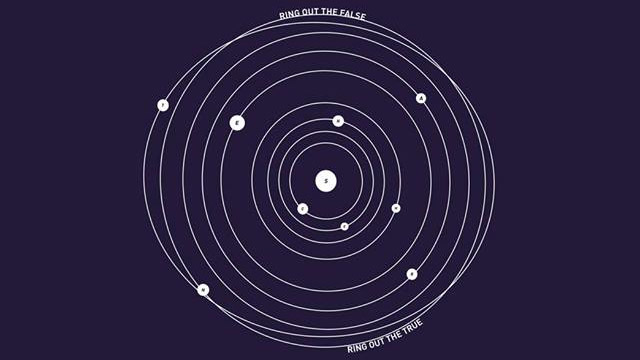 The Manchester Print Fair is a free independent art & design event that celebrates all manner of printed design, from artist’s books and zines to posters and postcards and t-shirts and tea towels.

This year over 30 stalls will feature. Paper Madness demonstrations held will be held throughout the day by G.F.Smith.

In addition there will be other Paper Activities taking place throughout the day for all the family.

One-off prints based on ‘the science of imagination’ will also be on sale. 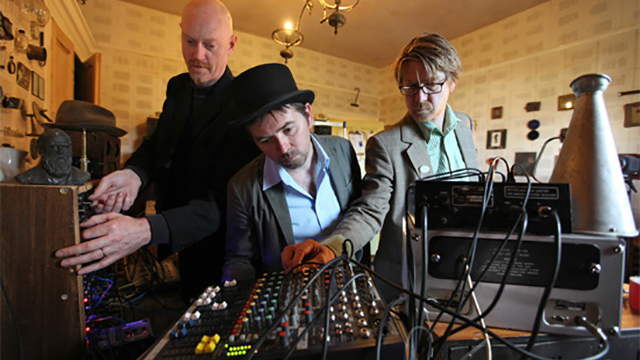 Playing only analogue electronic equipment metamono have developed a touring show of live music as accompaniment to ‘Secrets of Nature – Sounds Unseen’, a series of wonderful and ground-breaking silent nature films dating from 1903 to 1927.

By placing these characteristically British films in a new context with specially composed music, the band reignite the sense of wonder in nature that these films first produced.

In advance of the performance of ‘Secrets of Nature - Sounds Unseen’, metamono present a workshop introducing and discussing their uncompromising all analogue approach to electronic music with an in depth look at the manifesto, a practical demonstration of ‘The Instrumentarium’ and a discussion of the relationship between digital and analogue audio for both creators and consumers.

This will then expand into the metamono approach to film music, with particular reference to silent film and live performance. Please register for this event.

Produced with the help of the National Media Museum and the BFI.
Event supporters: MMU Digital Innovation and Stage Sound & Light.
Photography courtesy of Bruce Atherton and Jana Chiellino. 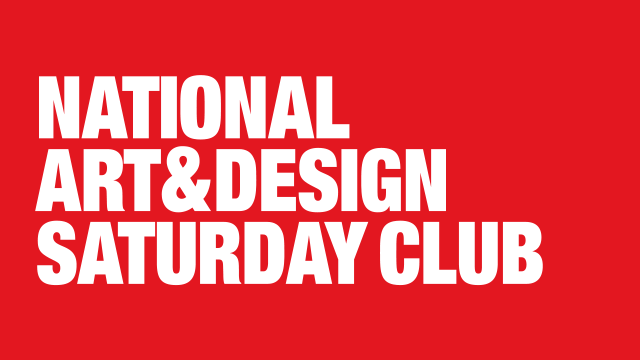 The National Art&Design Saturday Club gives young people aged 14–16 the unique opportunity to study art and design on Saturday mornings at their local college or university for free. It helps them to gain qualifications, gives them an insight into studying at college or university and an understanding of careers in the creative industries.

The School of Art will launch its new Art&Design Saturday Club with this Taster Day. So if you are between 14 and 16 and are interested in Art and Design come along, take part in one of the taster sessions and find out more.

Further details on how to book into the taster day and application forms can be found here on our website.

Hosted by Manchester School of Art and The Sorrell Foundation.

DesignDojo at The Sharp Project 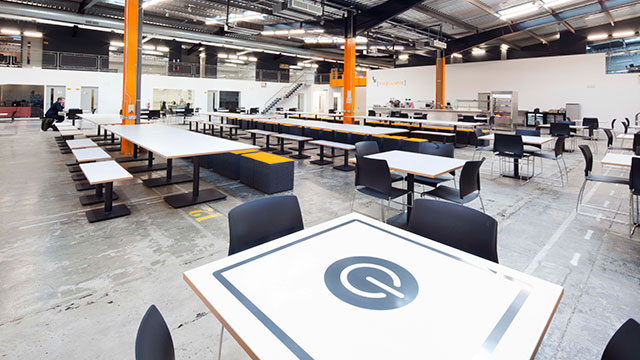 A special half-term code and design session for members of Manchester CoderDojo.

The workshop is about how design is all around us in many different forms. This 1.5 hour session explores the use of design in our everyday life. The session culminates in a practical workshop giving students the chance to put their design skills to the test.

This is a session for young people to learn more about the world of design – a great opportunity to learn from industry experts in a real work environment.

There are a limited amount of tickets available that have to be booked in advance. Young people under the age of 18 must be accompanied by a parent or guardian.

Hosted by Adapt Studios, The Sharp Project and SharpFutures.
Supported by the 5D World Building Institute at the University of Southern California.

Find out more about Manchester Coderdojo the monthly coding session hosted by The Sharp Project.

Dress of Glass and Flame 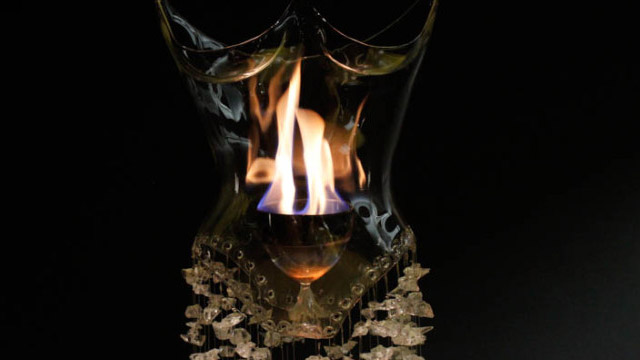 Exhibited for one day only ‘Dress of Glass and Flame’ is a remarkable artwork that explores the chemistry of glass and flame. Designer and social artist Helen Storey MBE, with scientist Tony Ryan OBE from the University of Sheffield, has captured this alchemic process and kept it alive via a life-size glass dress that has, at its heart, a burning flame.

Previously shown at the Venice Art Biennale in 2013 and the London College of Fashion earlier this year.

Helen Storey will discuss the artwork, before joining a conversation and Q&A with The Whitworth’s Deputy Director Jennifer Harris, DM14 Curator Malcolm Garrett, and Erinma Ochu, Wellcome Fellow at University of Manchester in an ‘Extreme Design Panel’.

Sponsored by the Royal Society of Chemistry.
This event is produced in partnership with Manchester Art Gallery, Whitworth Art Gallery and Manchester Science Festival. 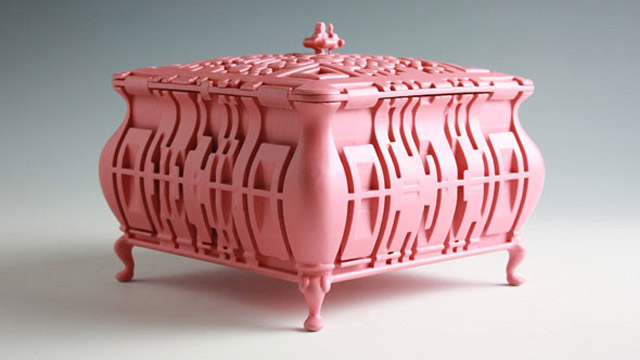 To complement the new MOSI exhibition on 3D printing, Manchester Metropolitan University, in association with MSF, Design Manchester and Hobs Studio, present an evening of innovative demonstrations and discussions about the future of 3D printing. MMU staff from across the arts and sciences will join together with Hobs Studio to showcase some of the latest advances in this emerging field.

Afterwards, the Manchester School of Art’s new Stirling Prize shortlisted building will host a panel discussion between key representatives of the arts, sciences and business on how 3D printing has influenced their practice and what the future holds for this exciting new medium.

Contemporary cities serve as sites for a wide range of interventions by designers, ranging from informal graffiti and temporary installations to community murals and rearrangement of public spaces. Artists and designers have a critical role to play in making cities distinctive, attractive, liveable, and dynamic. In this urban forum – part of cities@manchester’s established series - we will discuss the meaning of design interventions in Manchester and other cities.

Supported by University of Manchester.
This event is free to attend but please book. 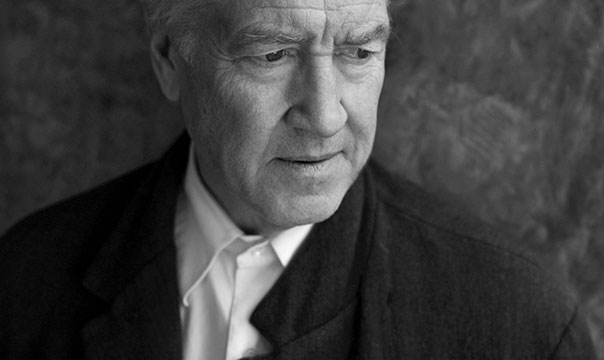 As part of the Design Manchester festival programme, magneticNorth is hosting an extra special movieNight event.

We’ll be hosting one of the first UK screenings of Meditation, Creativity and Peace a documentary by über director David Lynch.

This fascinating documentary follows him on a 16-country tour of Europe, the Middle East, and Latin America to spread the word about the individual and global impact of meditation – something he has practised for the last 41 years.

With wit and passion in equal measure, ‘Meditation, Creativity, Peace’ shows the director’s commitment to Transcendental Meditation as a way of changing the world, starting from within.

The film also offers a rare insight into Lynch’s creative process, through interviews and revealing moments from the tour.

Special thanks to the David Lynch Foundation for supporting the screening. You can find out more about the work they do on their site.

movieNight is a regular event hosted by magneticNorth to showcase films and documentaries that interest and inspire them. 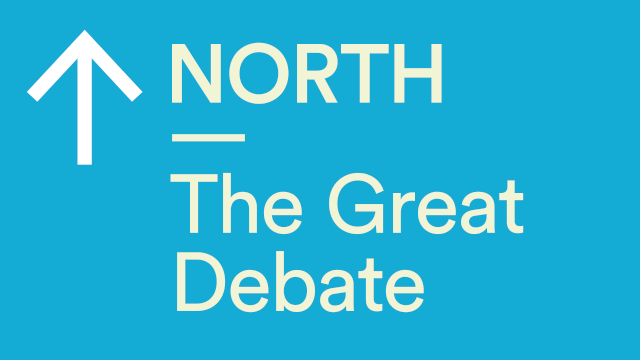 Growing by Design: the role of the creative industries in building a northern powerhouse.

Taking place against the backdrop of a seemingly unstoppable movement towards more devolution to the cities and the regions, and the recent publication of the One North plan by the leaders of Liverpool, Leeds, Manchester, Newcastle and Sheffield, Design Manchester’s Great Debate will look at how the creative industries can stimulate and create a prosperous and successful northern economy.

To be held in the Stirling Prize shortlisted Benzie building, the debate will be chaired by Robert Yates, Assistant Editor of The Observer, with a panel including Sir Richard Leese, the Leader of Manchester City Council; Lou Cordwell, founder and CEO of Magnetic North; Professor David Crow, the Dean and Pro Vice Chancellor of Manchester School of Art; and Caroline Norbury, the CEO of Creative England. 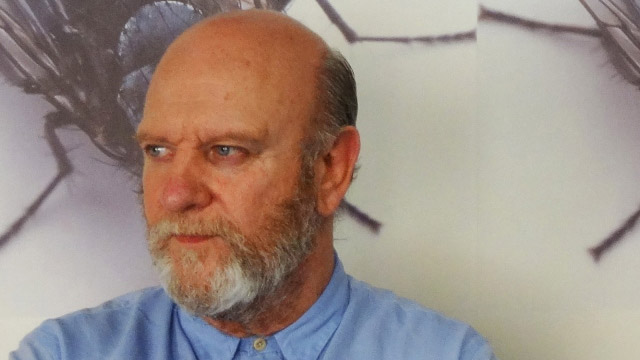 This month Manchester design icon Ben Casey of The Chase is in the spotlight – 5 insights: 5 minutes each, 5 questions from the audience. And tickets cost just £5 (including a free drink).